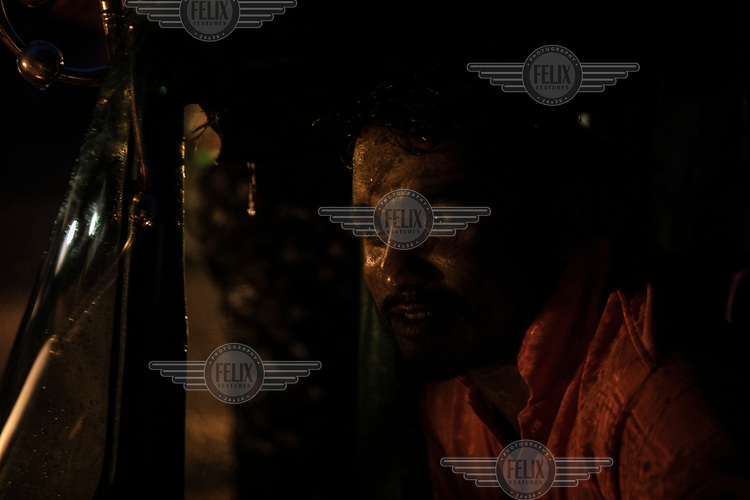 A tuk tuk driver looks out of his vehicle during a heavy downpour of rain at a bus station in Cox's Bazar.

For some Rohingya refugees, the bus stations on the outskirts of Cox's Bazar town are where they start a risky and sometimes perilous journey to escape the refugee camps where they have been confined for two years or more. They pay large fees to traffickers who promise to lead them to better lives abroad in countries such as Malaysia. With no hope that the Rohingya will be able to return home soon, a growing number are tempted to take the gamble. The trafficking networks in South East Asia have existed for as long as there has been a demand for them. For the Rohingya, this started as a way for men to smuggle themselves to places like Bangladesh, Thailand or Malaysia to find work.
Patrick Brown/UNICEF/Panos Pictures /Felix Features 9 Jul 2019