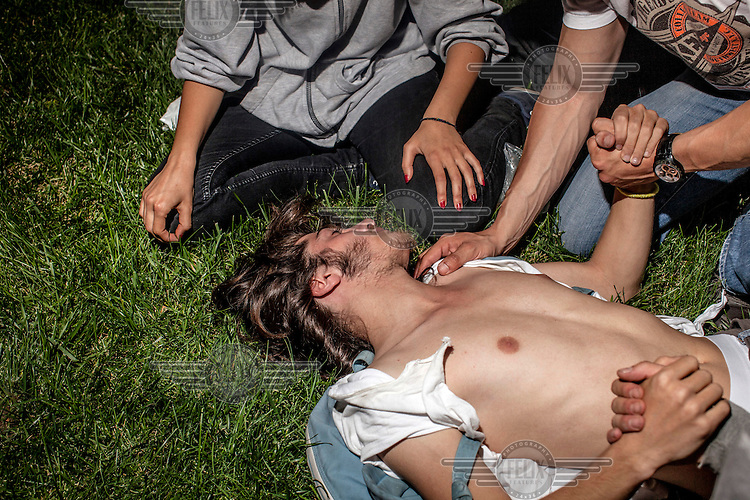 A young protester recovers from the effects of being exposed to tear gas fired by Istanbul police in the Besiktas area of Istanbul.