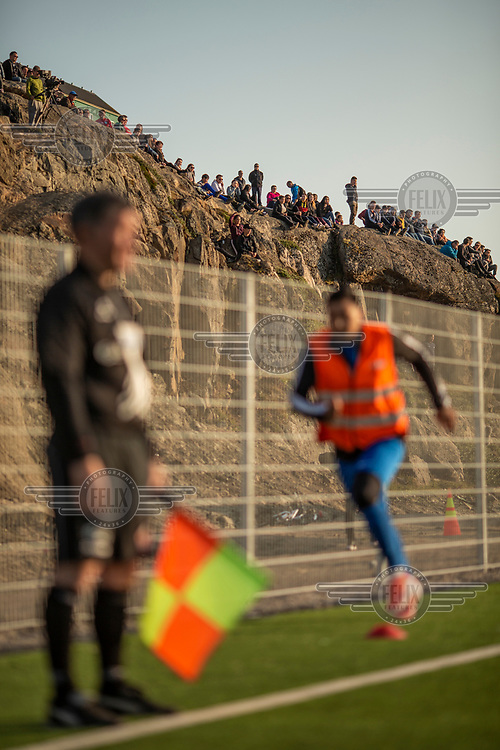 Spectators gather on the the cliffs overlooking the Sisimiut stadium to watch one of the three games played daily during the Greenland soccer league.