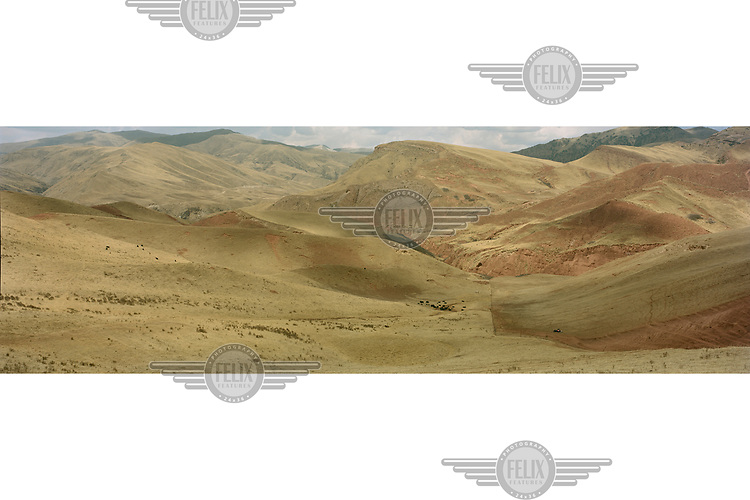 Livestock grazes on farmland on the Tibetan plateau.

In the 1970s the communal system of open pastoral grazing, that had existed for centuries on the Tibetan plateau, began to change. Grasslands began to deteriorate. Around the same time, economic reforms led to the privatisation of formerly communal lands. Fencing altered the grazing patterns herders had used to move their livestock over the fragile landscape. Confined to smaller areas, the animals overgrazed, further damaging the grasslands.

The grasslands face a variety of threats, according to a study published by the U.S. Department of Agriculture in 2006. They include a drier climate, population growth among both humans, and pika, burrowing mammals related to the rabbit whose predators have been over-hunted, livestock concentration near winter settlements, reduced mobility for herders due to restrictive land tenure, and lack of government investment in rangeland and livestock marketing. The study's authors note that all but the first of these factors, are related to government policy.
Ian Teh/Panos Pictures /Felix Features /Felix Features /Felix Features 23 Mar 2016
**NB: Not available for sale in Germany, Austria and Switzerland.**