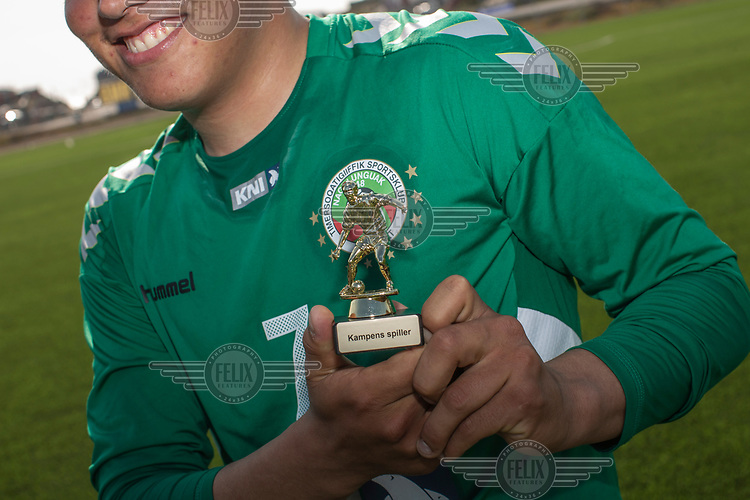 After a game, a player from Greenland football league side N48 holds his man of the match trophy for photographers.