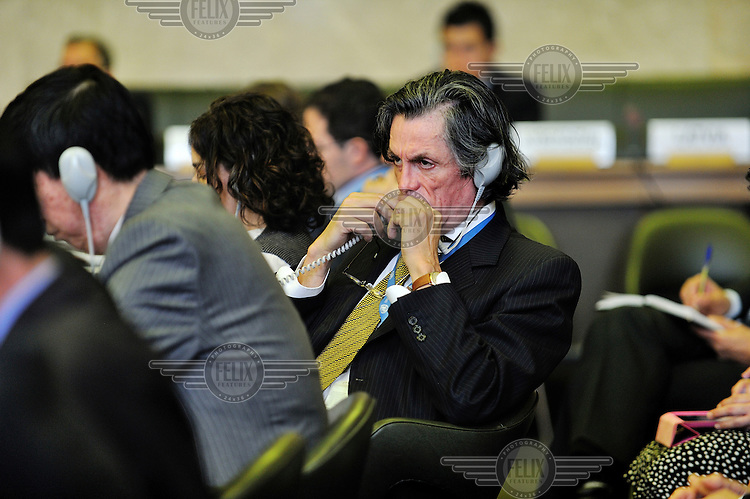 Amabssader Pedro Oyarce of Chile shortly before his departure from the Conference on Disarmament. He made a speech raising the issue of 'constructive ambiguity' as means of moving forward. Deadlock has prevented agreement at the conference since it negotiated the 1996 Comprehensive Test Ban Treaty.
The Conference on Disarmament, established in 1979, is the only forum for nations to discuss multilateral arms control and disarmament issues. It has a primary focus nuclear weapons control and disarmament. 65 countries, and 38 observer nations, convene annually at the United Nations' Palais des Nations building for three sessions of talks totalling 24 weeks.
Conference on Disarmament. Year 34, 2013 Session 1, Plenary meeting 1284. Presidency of Indonesia.
Mark Henley/Panos Pictures /Felix Features 26 Mar 2013
Not for sale in Japan