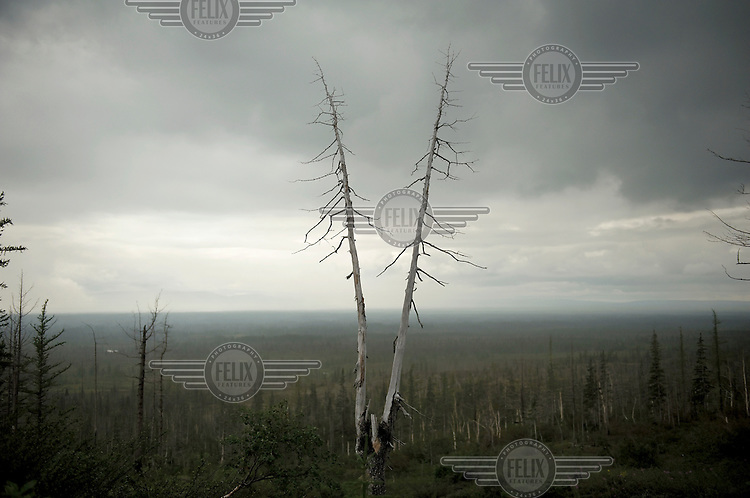 A dead tree stands amongst other dead and dying trees in a landscape near the city of Norilsk.
According to Pure Earth (formerly known as the Blacksmith Institute), Norilsk is the seventh most polluted city in the world. It is also the most polluted city in Russia. Every year, the metallurgical industry in Norilsk emits about 2 million tonnes of noxious gases into the atmosphere, the main component of which is sulphur dioxide (98%).
The city of Norilsk, in the far north of Russia's Krasnoyarsk region, was founded in the 1920s and today has a population of just over 175,000. In its early years it served as the centre of Norillag (or the Norilsk Corrective Labour Camp) but was given town status in 1953 as the Gulag system was slowly winding down. Today the city is largely dependent on MMC Norilsk Nickel, the world's leading producer of Nickel and palladium and Norilsk's main employer. In 2001, the city was closed to all non-Russians, except for citizens of Belarus.
Elena Chernyshova / Panos Pictures /Felix Features 13 Aug 2012