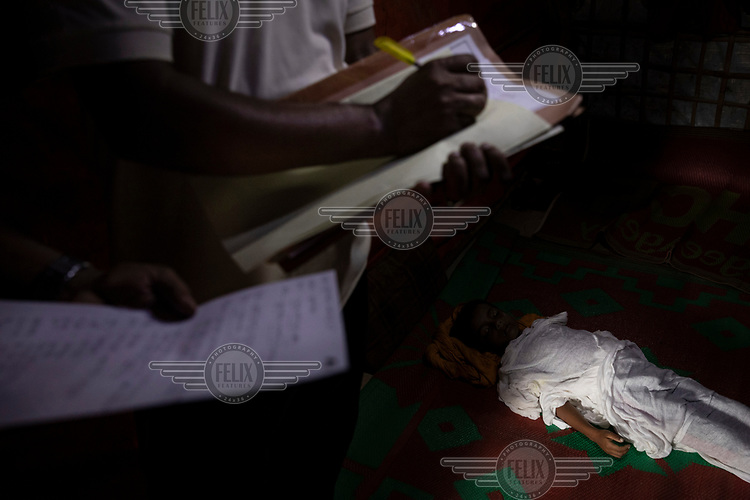 A police officer fills in an accident report after the death of five year old Rohingya refugee Ibrahim who was playing near a flooded canal with some friends in the refugee camp where they live when he fell into the fast following stream. The current was too strong for him and he drowned.