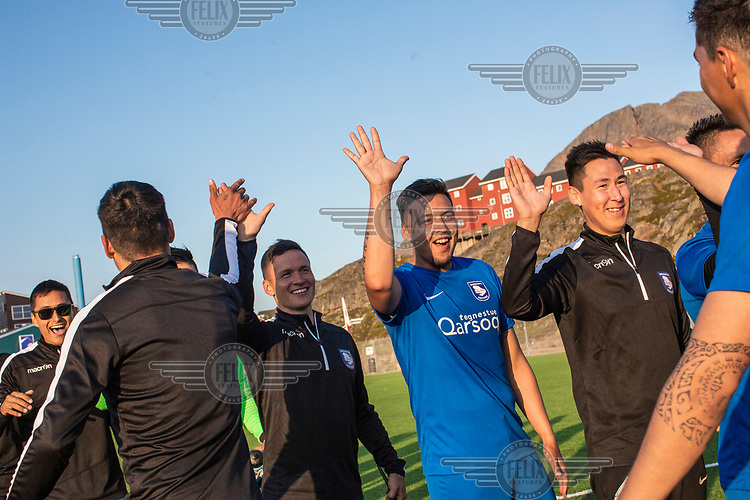 Players from Greenland soccer league team G-44 celebrate after a win that takes them to the final match, which they would lose.