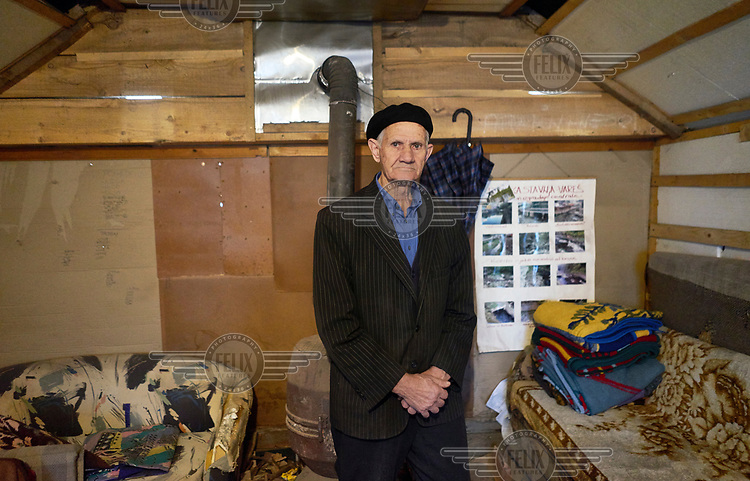 Seco (Shecho) (81) stands in the small wooden cottage erected by villagers fighting against plans to construct a hydroelectric dam. By preventing heavy machinery from crossing they have stopped the construction of what is just one of hundreds of dams planned in the Balkans.