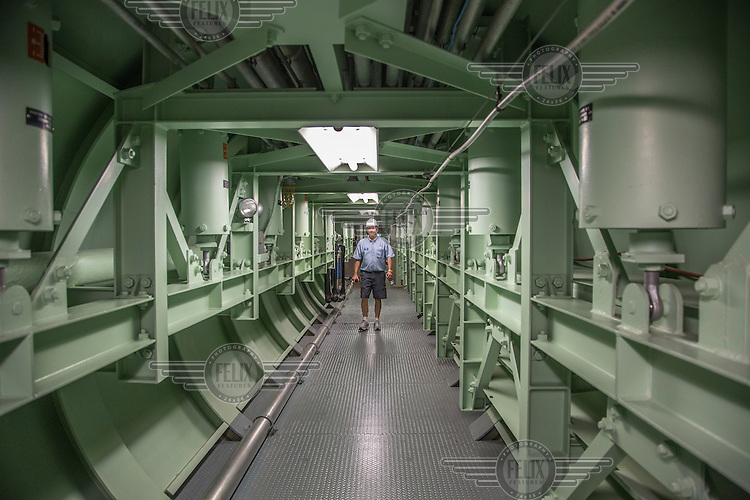 Docent, or tour guide, in the long cableway that connects the launch control center to the missile silo.