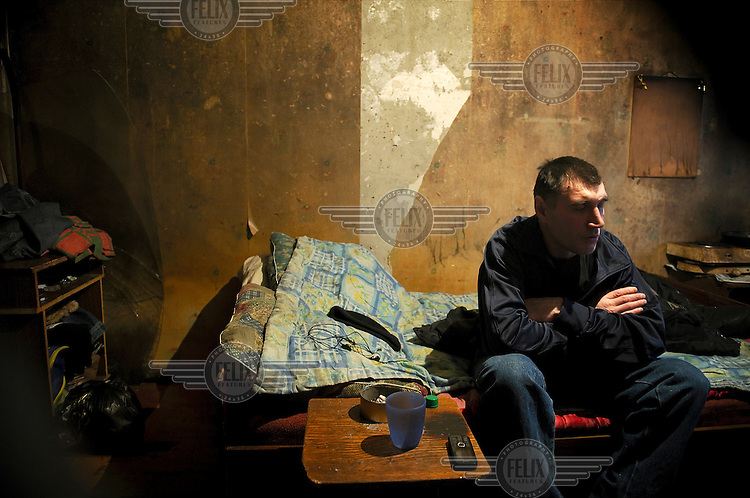 A man sits on his bed in a run down hostel in Norilsk. In order for citizens of former Soviet republics to come and live in the city they are required to get special permits which are issued when a company sends out an invitation for workers. Sometimes, companies close down and former workers are left without their permits to stay on in Norilsk. Many are afraid to go to the authorities since they face deportation and a 5 year ban from Russia for being in Norilsk undocumented so people often stay on and work illegally rather than go back to their own countries where they are unable to find work.

The city of Norilsk, in the far north of Russia's Krasnoyarsk region, was founded in the 1920s and today has a population of just over 175,000. In its early years it served as the centre of Norillag (or the Norilsk Corrective Labour Camp) but was given town status in 1953 as the Gulag system was slowly winding down. Today the city is largely dependent on MMC Norilsk Nickel, the world's leading producer of Nickel and palladium and Norilsk's main employer. In 2001, the city was closed to all non-Russians, except for citizens of Belarus.
Elena Chernyshova / Panos Pictures /Felix Features 5 Feb 2013