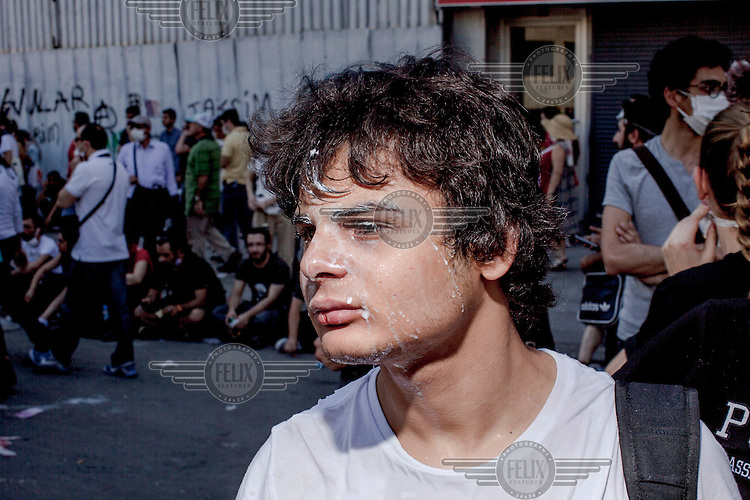 A young protester recovers from the effects of tear gas during a demonstration against the government of Recep Tayyip Erdogan and his AK Party in the Sisli area of Istanbul.