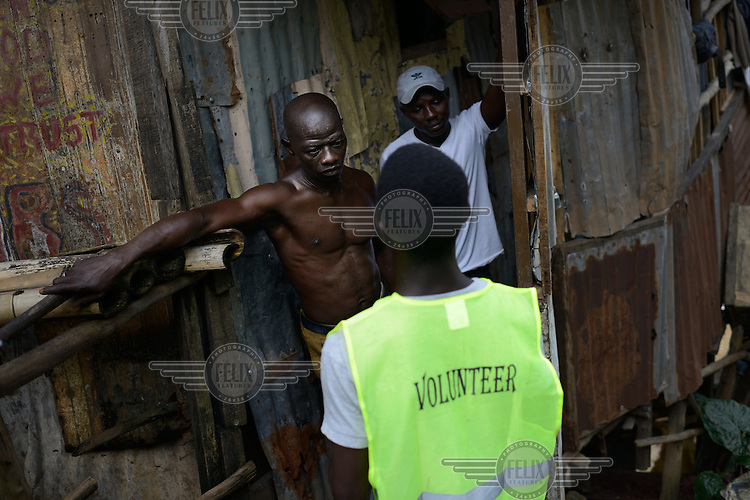 A group of volunteers speaks to locals, informing them about Ebola in a community in downtown Freetown , during the first day of the National lockdown.