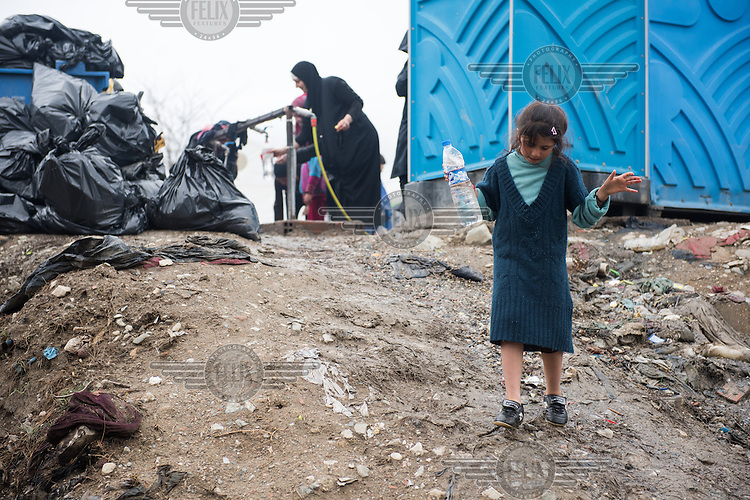 A girls walks away from a block of portable toilets in the Idomeni refugee camp.
Thousands of refugees have become stranded in Idomeni unable to cross into Macedonia since they country closed its border with Greece at the end of January 2016. On 18 March 2016, the EU and Turkey agreed a new plan to send all 'irregular migrants' arriving in the Greek islands back to Turkey. For each Syrian returned one Syrian living in Turkish camps will be allowed into the EU. But those already in Greece, who are no longer able to travel due to the closed border, will have to claim asylum and hope that countries abide by their agreements to share the 40,000 asylum seekers in Greece among the EU n
Georgios Makkas / Panos Pictures /Felix Features 10 Mar 2016