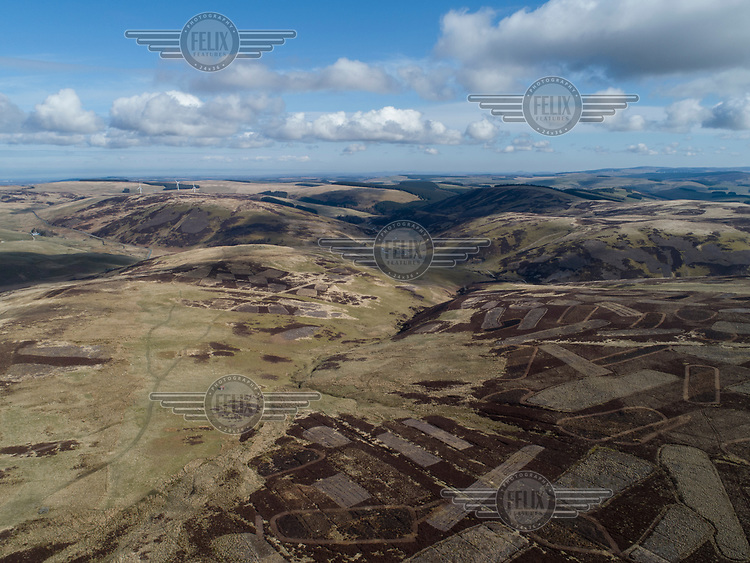 Marks of muirburn on a moorland near Colquhar in the Scottish Borders. The annual removal of heather by fire is a technique used in Scotland to stimulate growth of shoots to feed grouse populations for shooting.

Scotland's forests cover 19% of it land surface, the highest of the four nations that comprise the United Kingdom, but as a whole the U.K. is one of the least forested in Europe at 13% compared to an average of 38% across the E.U. The Scottish Rewilding Alliance has called for the Scottish Government to declare the world's first Rewilding Nation before the COP26 Summit in Glasgow in November 2021 with the aim to set aside 30% of land for rewilding by 2030.
Kieran Dodds/Panos Pictures 13 Apr 2021