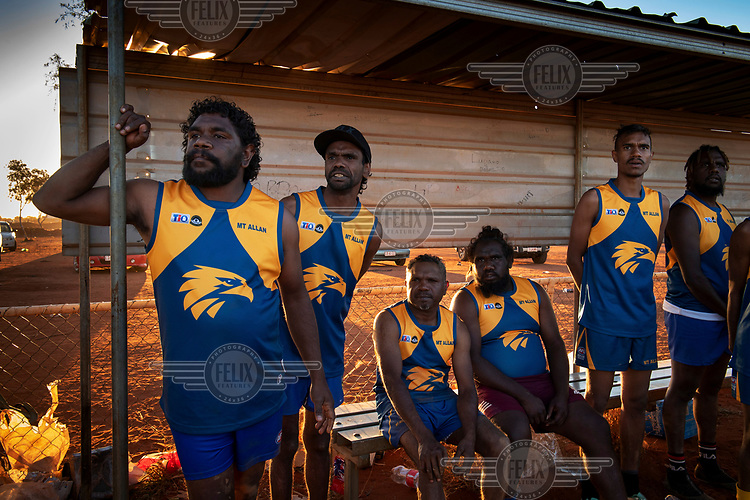 On the first day of the Yuendumu Australian Rules Football Carnival, The Mount Allan team watches their team mates from the bench.

Once a year Football teams from all over Central Australia travel to participate in the annual Yuendumu Football Carnival. This year marks the 60th anniversary of the carnival which attracted a large turnout of 17 men's and eight women's teams participating in the competition. The players are well used to travelling extreme distances on hazardous dirt roads making the journey to the hosting tribes, with some teams coming from other states. The significance of 'bush footy' for Central Australian Aboriginal communities is immeasurable. Australian Rules Football has long been described as a vehicle for social cohesion, group identity, pride and joy. It is the glue that holds the communities together.
Matthew Abbott/Panos Pictures /Felix Features /Felix Features 3 Aug 2019