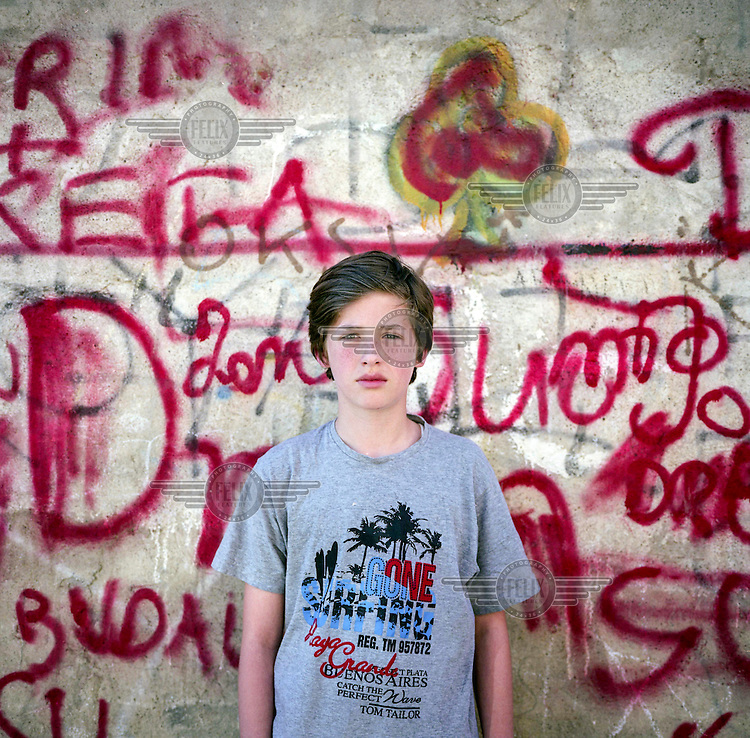 Tonibler Gashi near his home in Prishtina.
Like a number of other boys born in or immediately after the Kosovo War of 1999, Tonibler bears the name, in Albanian spelling, of the British Prime Minister Tony Blair who was instrumental in getting NATO involved in ending the Serbian offensive in the breakaway republic. Unlike in Britain, where his reputation is tarnished by the invasion of Iraq alongside the US, in Kosovo Tony Blair is still remembered as a hero who helped the territory toward nationhood in 2008.
Andrew Testa / Panos Pictures /Felix Features 17 Jul 2014