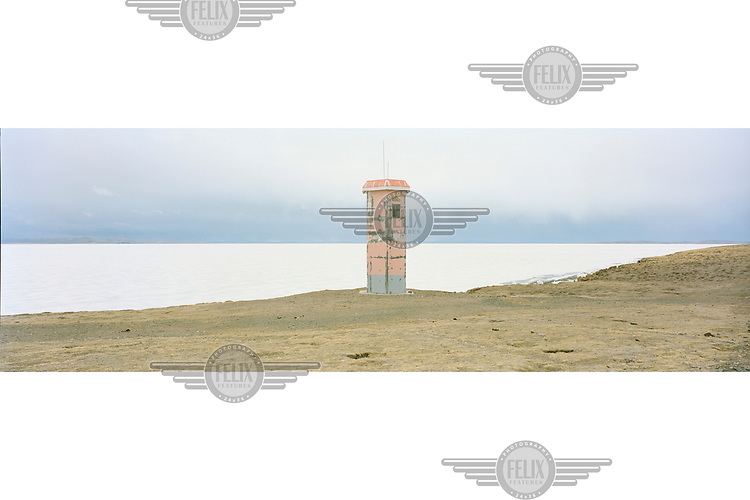 A viewing tower beside the Ngoring Lake in the Sanjiangyuan National Nature Reserve.

A viewing tower on the frozen banks of Ngoring Lake rises above China's highest wetlands ecosystem. The lakes, glaciers, and vast underground springs of the Tibetan plateau, often called China's 'water tower', supply nearly 50 percent of the Yellow River's volume. But the warmer climate is sending the delicate ecosystem into shock. According to the Chinese weather bureau, temperatures in the region may rise by as much as five degrees Celsius by the end of the century.

Melting ice may add water to the river in the short term, but in the long-term the various manifestations of climate change could result in more dry spells. In recent years, the waters of Ngoring Lake, the largest lake in the region, have risen to levels higher than their historical average. The lake's growth may be due to the melting of permafrost, which in the short term can lead to more surface water, but in the long term could accelerate desertification and cause the release of enormous quantities of methane gas.
Ian Teh/Panos Pictures /Felix Features /Felix Features /Felix Features 24 Nov 2016
**NB: Not available for sale in Germany, Austria and Switzerland.**