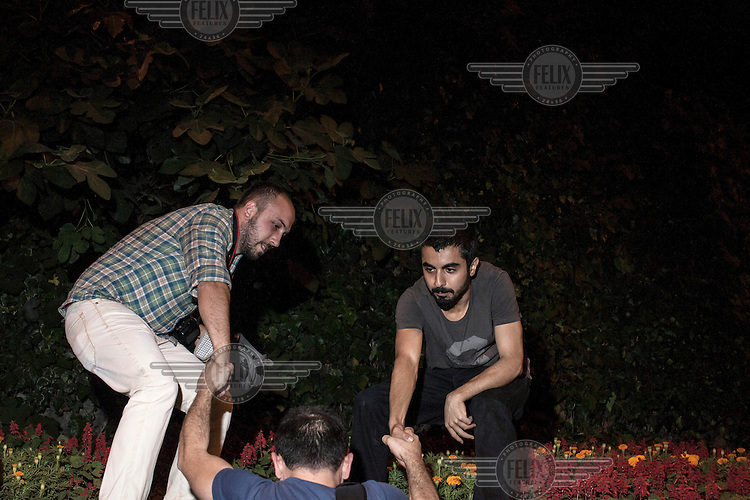 Protesters climb a wall to escape the fumes from tear gas canisters being fired from the approaching riot police.