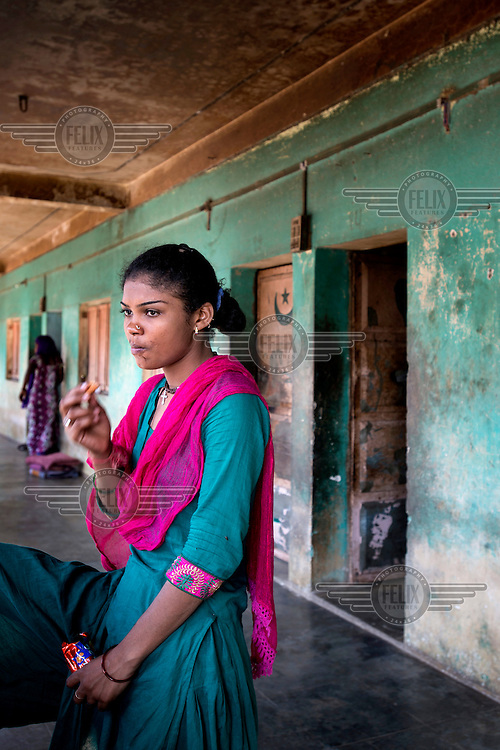 A Siddi woman outside her home in Jambur. Siddis are the descendants of Africans who first arrived in India more than 400 years ago. Originally they came as merchants, sailors, servants and mercenaries although the vast majority were brought as slaves by Arab and Portuguese merchants.

In Gujarat there are large Siddi communities living in towns such as Jambur. It is believed that their ancestors were presented as slaves by the Portuguese to the local nawab of the nearby city of Junagadh.

They have adopted the language and culture of local people, but some African traditions have survived. The call to prayer at the mosque in Jambur is not the voice of a muezzin but the beat of a drum. Most of the estimated 20,000 to 55,000 Siddis in India are Muslims, although there are also small Hindu and Christian communities too.
Tim Smith/Panos Pictures /Felix Features /Felix Features 27 Nov 2014