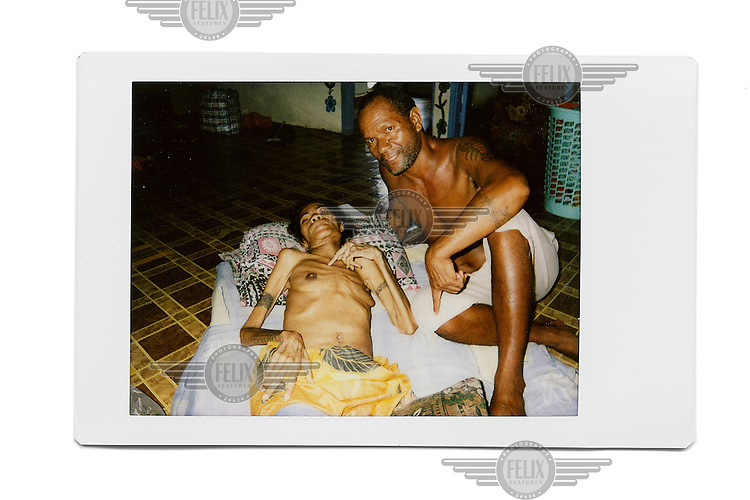 A Polaroid image of Dogodo Naime and his wife Gabe Igo. Having documented violence against women in Papua New Guinea for three years, I kept looking for a family without domestic violence. In a small Papuan village called Hanuabada, I met with Dogodo Naime and his wife Gabe Igo, who had been married for more than 16 years. They had not quarrelled during their marriage. When I met them, Gabe was seriously ill and had only a few months to live. During the previous four years, Dogodo had taken daily care of her, fed her, helped her to wash and change her clothes. After her death he became weak and almost never left the village.
'My friends tell me to find another wife and start enjoying life again. I tell them that until the ground on Gabe's grave subsides I will not look at any other woman.' In a country where polygamy is standard in some areas and rates of violence against women are among the highest in the world, it is rare to hear statements like this from a man.Photographer Vlad Sokhin says: 'With words and Polaroid images I kept a record of my thoughts and impressions, writing down dialogues with victims and perpetrators, and otherwise capturing the moments and events that surrounded me every day'.
Vlad Sokhin/Panos Pictures /Felix Features 22 Jul 2014
Not for sale in Germany and German speaking countries, France and French speaking countries and Russia.