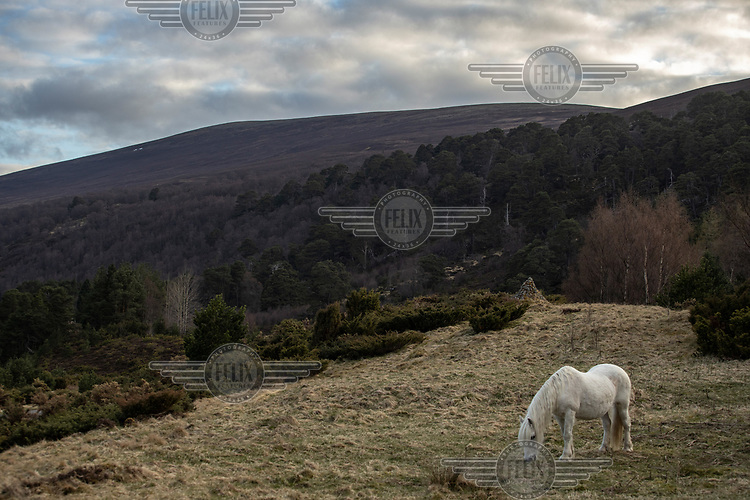 A horse grazes near mature Scots pine trees in Glen Feshie. This flag ship site for rewilding has bounced back after deer numbers were reduced from 45 to 2 deer/km2 to allow natural regeneration of trees on the bare moorland. The 'granny' Scots Pine trees, some over 260 years old, were assumed to be unable to form viable seeds but have confounded expectations.