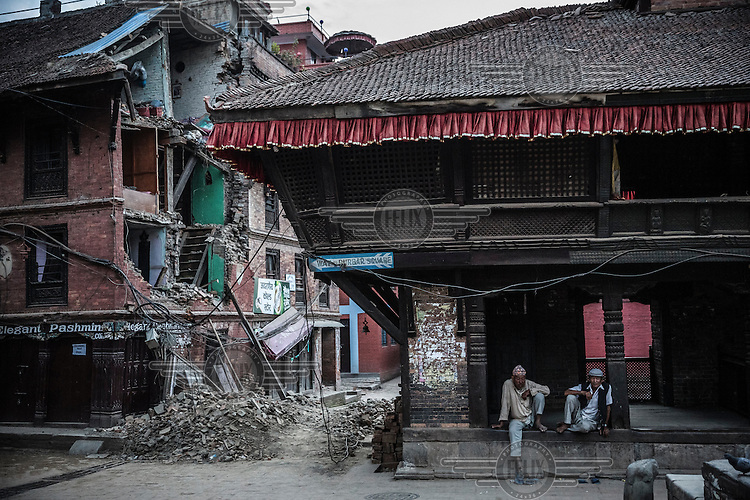 Bhaktapur residents sitting at the entrance of a Buddhist temple in Dattatreya square which was partly destroyed by the earthquake.
Before the earthquake, Bhaktapur, a former royal capital of Nepal, attracted many tourists and pilgrims for its ancient temples. SInce the earthquake its streets have been plunged into darkness, as the electricity is still out in many areas. Many temples which are part of a UNESCO World Heritage site were partially destroyed by the earthquake. Some entire areas of the city are still blocked by rubble and there are still many dead bodies waiting to be recovered.
On 25 April 2015 a powerful earthquake of 7.8 magnitude struck central Nepal, causing widespread destruction and killing approximately 7,760 people (29 April estimate).
Vlad Sokhin / Panos Pictures /Felix Features 6 May 2015
Not for sale in Germany and German speaking countries, France and French speaking countries and Russia.