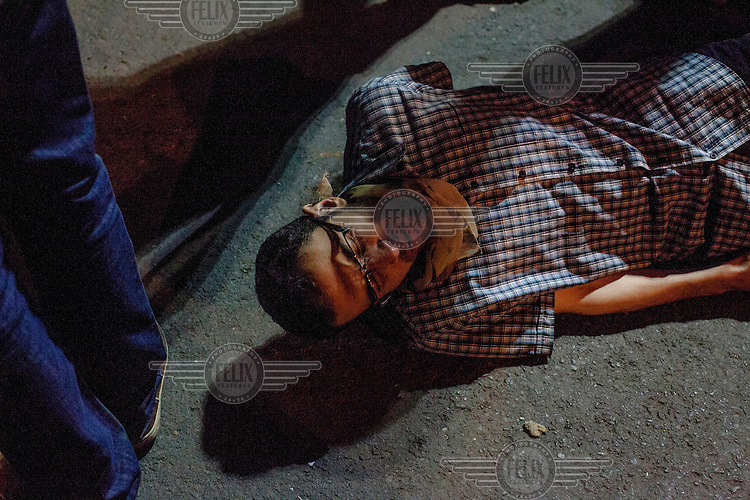 A protester in the Besiktas area of Istanbul collapses from tear gas fumes fired by riot police during a protest.