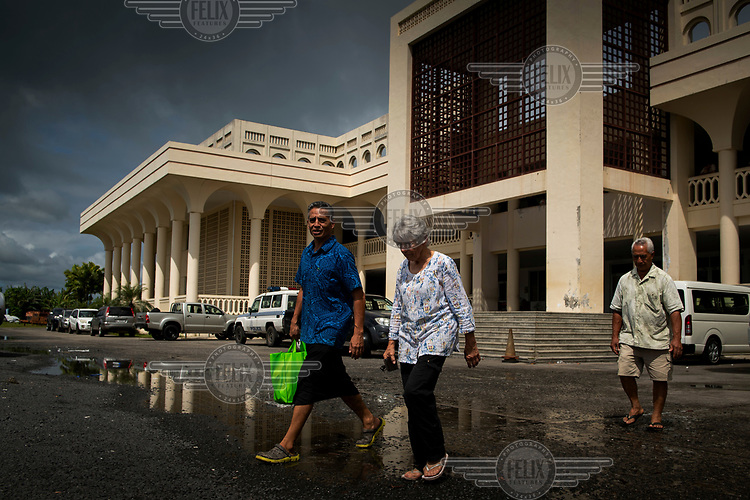 Samoan anti-vaccination activist Edwin Tamasese leaves Apia courthouse with his parents. Mr Tamasese was arrested and charged with 'incitement against a government order'. He was given bail after agreeing to hand in his travel documents and to obey the judge's order to not to post anything on social media about the measles epidemic.

As of 16 December 2019, there have been 5,200 confirmed cases of measles and 73 deaths out of a population of just over 200,000. Prior to the outbreak Samoa had a vaccination rate of only between 28-40%, according to the United Nations Children's Fund (Unicef). Responding to the outbreak, the Samoan government declared a state of emergency and enacted a mobile vaccination program which has now reportedly vaccinated over 90% of the population.
Matthew Abbott/Panos Pictures /Felix Features /Felix Features 10 Dec 2019
Not available for sale in Australia.