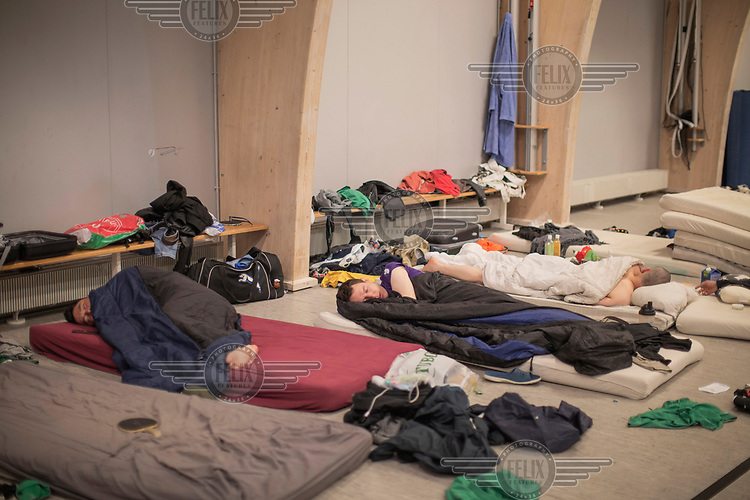 Members of GSS team sleeping on the floor of a school gym hall shared with team E-54. The two teams played the night before with GSS losing to E-54 and a player from each team taken to hospital for injuries and unable to compete in the rest of the tournament.

The Greenland soccer league's season lasts less than a week, with its six teams playing five games in as many days with a sixth game for the finalists. The complex logistics of Greenlandic travel means the tournament rotates annually around the nation. In 2019 it was based in Sisimiut, Greenland's second largest settlement with just over 5500 people and 50 miles north of Arctic Circle.
Kieran Dodds/Panos Pictures /Felix Features 7 Aug 2019