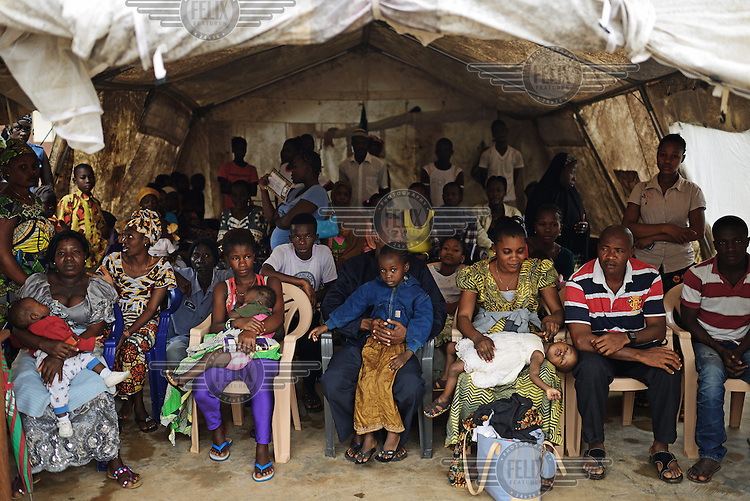 Patients wait in a tent to be screened before being accepted into the Kenema hospital in Eastern Sierra Leone on 19th August 2014. All patients and relatives who want to enter the hospital have to pass through a temperature check before being allow to go into the hospital.