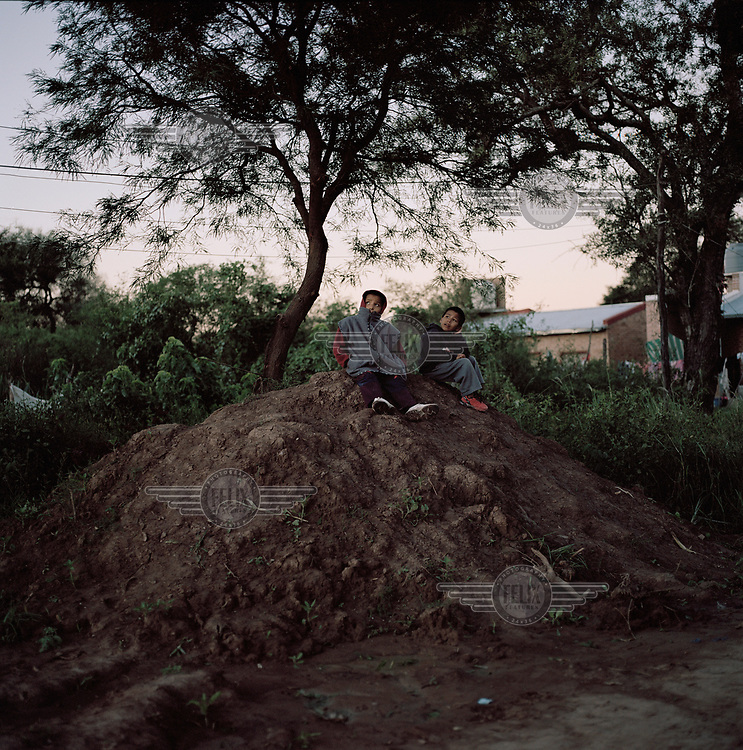 Two boys, the sons of Ariel, an indigeneous Qom (Toba) father, sitting on a mound of earth beside their home.