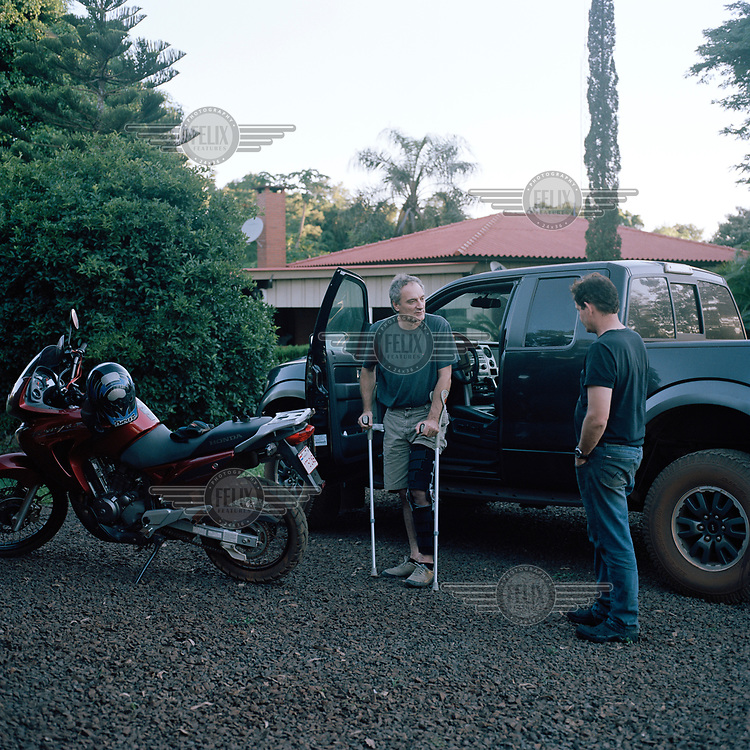 Michael Kolbeck, a large-estate soyabean farmer, speaks with his brother in law. He broke his leg in an accident and flew to Germany, where he was born, for an operation.
He arrived in 1983 in a country like ''the American West, a land of opportunities''. He now works with genetically modified soyabeans, which he believes has the same performance as conventional seed, but i easier to harvest since no weeds grow withit. He complains about the large amount of supplies needed, which makes the harvest more economically risky than before. ''This is the best soil in South America, too valuable to waste it on cattle-ranchin''.
Jordi Ruiz Cirera/Panos Pictures /Felix Features /Felix Features /Felix Features 14 Jan 2015
Not available in Germany, Austria & Switzerland